The one with the MOST fabric WIN'S! 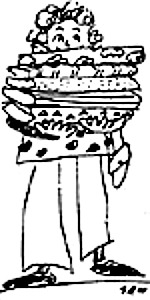 I love fabric. I love fabric stores. I also love to sew. I have been sewing since I was 11 year's old when my mama allowed me to start using our incredibly heavy Singer sewing machine. Circa 1960's I think (who knows how old it really was). Its large grey case was home to a shiny metal object I just had to learn how to use. I was hand sewing everything until I was allowed to use mama's Singer. I would move that Singer from the closet it sat in to the table barely able to hoist it up, but I did. Once I got the pedal plugged in and the bobbin in place all I had to do was thread it than I was ready to sew. I made purses, blouses and a robe for my granddad that he was never able to wear because the fabric was too heavy for him since he was in his 90's. (He died year's later at the blest age of 102!) I loved it all. The fabric the thread but most of all the sewing. The satisfaction I got after I completed a blouse or dress was evident on my smiling face when modeling it for mama. I would soon master and come to adore that machine, even if it weighed a ton. I don't remember what ever became of that old Singer but I liked to think it fell into the hands of another little girl; waiting to turn 11 and discovering what was in that large grey case.

Posted by California Livin Home at 7:43 AM