Four weeks ago I decided to have a Christmas Party. Two weeks ago I had the party and it was a hit. I made all the appetizers myself and made sure that they could be made a head of time. I had enough to do prior to my companies arrival. My menu was all finger foods. I started with Cranberry Meatballs in a wonderful Cranberry & Chili sauce than made the Deviled Eggs with Smoked Salmon & Cream Cheese, and last but not least Bacon Wrapped-Brown Sugared Smokies. Listed below are all the recipes. Enjoy!


thanks for taking a peek ~

Place eggs and enough water to cover in a saucepan over medium heat; bring to a boil. Cover, remove from heat, and let stand 15 minutes. Drain; return eggs to saucepan, and add enough cold water and ice to cover. Let cool. Remove shells from eggs, halve each egg lengthwise, and scrape yolks into a bowl. Reserve egg whites.


Nonstick cooking spray
1 - 16 oz. package small cooked smoked sausage links
15 - slices of bacon, each cut crosswise into thirds
3/4 cup packed brown sugar
Directions
Preheat oven to 350 degrees F. Line a 15x10x1-inch baking pan with foil; lightly coat with cooking spray. Set aside.
Wrap each sausage link with a bacon piece, overlapping the bacon piece at the end. Press the end of the bacon piece to seal or secure it with a wooden toothpick.
Place brown sugar in a large plastic storage bag. Add several bacon-wrapped sausages to bag and seal. Shake bag gently to coat sausages with brown sugar; place sausages in prepared pan. Repeat with remaining bacon-wrapped sausages and brown sugar.
Bake about 30 minutes or until the bacon is browned. Serve immediately. Makes about  45 appetizers.
YUMMY!
Posted by Unknown at 7:21 AM No comments:

Posted by Unknown at 9:12 AM No comments:

Two day's before Christmas! Can you believe that 2012 is almost gone and 2013 is next week! I hope everyone who has read my blog this year has enjoyed it. Please come back in 2013 to read more fun & interesting articles, fun facts, great places to shop and all things beachy, nautical and California! 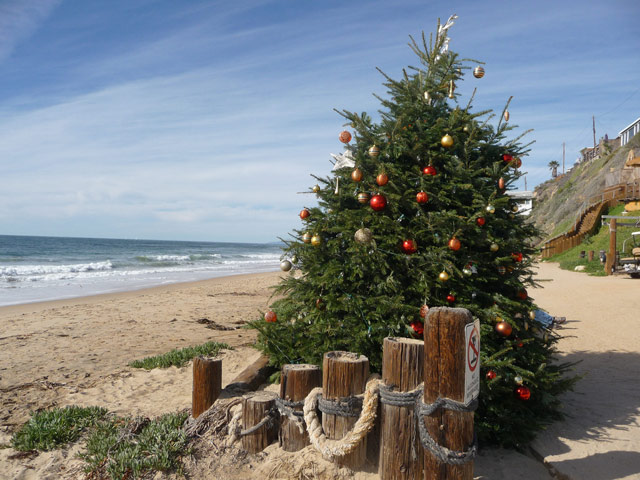 Posted by Unknown at 1:45 PM No comments:

Before you know it Christmas will be here. If you are still looking for that unique gift that no one else has for that special person who is so hard to buy for but loves all things Nautical........look no further! I found a few items that will make wonderful gifts and a few stocking stuffers to boot.
Take a look~ 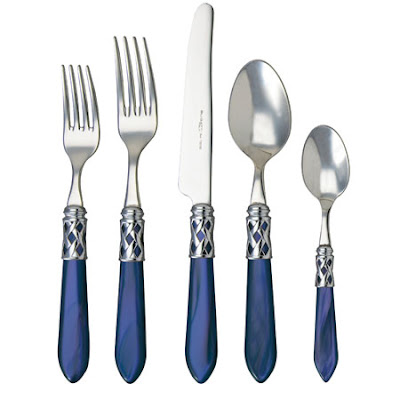 I know you are thinking, "what is she thinking!" Flatware? Why not? I know I could use some new flatware in my kitchen. I found these beauties at OceanOfferings.com The line is called Vietri Aladdin Blue Flatware.
The elegance of mother-of-pearl, the strength of high-grade acrylic and 18/10 stainless steel, plus intricate latticed metalwork on the handles. Dishwasher safe. $82 (5-piece set)
Lattice design available in antique or brilliant. 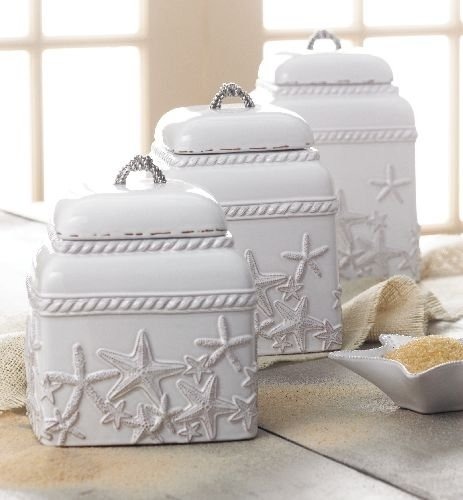 This wonderful Terracotta Starfish Cannister set from NauticalLuxuries.com This Cottage Starfish Terracotta Canister Set creates a casually charming beach cottage look. Finely detailed starfish drape around the sides of each canister, with slightly distressed terracotta edges visible beneath the semi-transparent glaze. Metal knotted rope handles on each lid for easy access. Canisters are all 6"x6" wide, and 8", 9", and 10" tall. 3-pc set is $122.

Posted by Unknown at 7:32 AM No comments:

Cozy Up! Hot Drinks for the Holidays~

Christmas is in the air and the days are getting colder. After your evening stroll get in from the cold and cozy up to the fire with some hot and yummy holiday beverages this Holiday Season ~
﻿
﻿﻿ 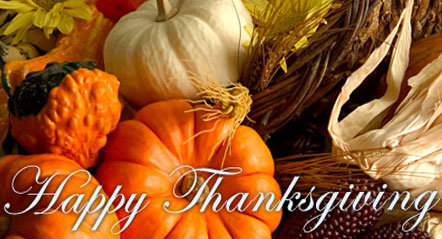 Posted by Unknown at 7:00 PM No comments:

Back at the beginning of the year I wrote a post on beach glass also known as sea glass or mermaid tears.

Today I wanted to follow up that post with what Alison at Boston Sea Glass creates with her found glass treasures!

~*~*~*~*~*~*~*~*~
Alison Goyette
BostonSeaGlass
Alison lives in a small home overlooking the Boston Harbor Islands with her husband and 6 year old son. This is the same street where she grew up on and the beach is like her second home, even in cold weather. Alison collects sea glass and wire wraps it, or combines it
with beachy charms, but her specialty is colorful beach wedding
jewelry. Alison on weddings, "I love keeping up with wedding color trends. This month I am focusing on one-of-a-kind  jewelry for holiday gifts".
In 2013 Alison's jewelry will be featured in several retail shops!
LINKS:
PINTEREST: http://pinterest.com/alisongoyette/custom-wedding-jewelry/
EMAIL: bostonseaglass@gmail.com
BLOG: http://bostonseaglass.blogspot.com/
WEBSITE: http://www.bostonseaglass.com/website
TWITTER: http://twitter.com/#!/BostonSeaGlasstwitter
FACEBOOK: http://www.facebook.com/#!/pages/Boston-Sea-Glass/144051005645169facebook
Alison is also on Etsy : BostonSeaGlass
﻿
~*~*~*~*~*~*~*~
﻿ 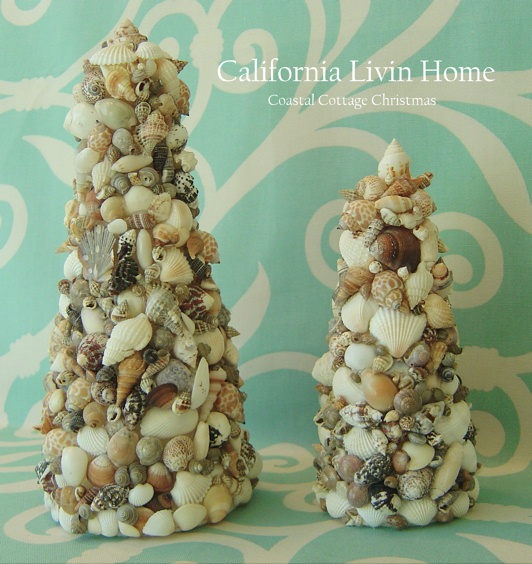 As a kid I was never one to want a serving of the Cranberry sauce at the Thanksgiving table. I wanted to wait for the Pumpkin Pie. I don't know if it was the gelatinous-jiggle look it had out of the can or for that matter that all the "older" relatives liked it, (what kid wanted what the Aunts and Uncles thought of as yummy...they also thought Fruit Cake was good -- NOT ME!) As I grew older though and my tastes changed, literally, I decided it would not hurt to take a taste from the infamous cranberry dish after so many years of hating something I had never tried. To my delight, I liked what I tasted. I don't know if it was because it was more of a chutney than just the blob that came out of the can but I liked it! Today I wanted to post a little more info on the Cranberry since Thanksgiving is less than a week away.
Thanks for taking a peek ~
Sharon :0)
FUN -INTERESTING FACTS ON THE CRANBERRY
1. Cranberries are one of only three fruits that are native to North America. It's a wild fruit that grows on long-running vines in sandy bogs and marshes, mostly in the Northeast, but also in the Pacific Northwest.

2. Native Americans were the first to enjoy cranberries. They mixed deer meat and mashed cranberries to make pemmicana—a survival food. They also believed in the medicinal value of cranberries—long before science discovered cranberry's health benefits.

3. Native Americans also used the rich red juice of the cranberry as a natural dye for rugs, blankets and clothing.

4. Cranberries were called “sassamanesh” by Eastern Indians. While the Cape Cod Pequots and the South Jersey Leni-Lenape tribes named them “ibimi,” or bitter berry. It was the early German and Dutch settlers who started calling it the “crane berry” because the flower looked a lot like the head and bill of a crane.

5. It wasn't until the 1800's that people began farming cranberries. At first growers would pick the cranberries by hand. Today most cranberries are harvested using a technique known as wet harvesting. That's when the bog is flooded with water and the cranberries float to the surface, where they are easily scooped up.

6. Sailors once used cranberries as a source of vitamin C to prevent scurvy. Besides Vitamin C, we now know that cranberries are also full of antioxidants that help cleanse and purify the body.

7. Some cranberry bogs are more than 100 years old and still produce today.

9. Americans consume some 400 million pounds of cranberries a year, 20 percent during Thanksgiving week.

You can make this Chutney ahead of time so you have more time for all the other goodies you will be making, plus more time with your family instead of the kitchen! This cranberry classic will go great with your turkey and stuffing. 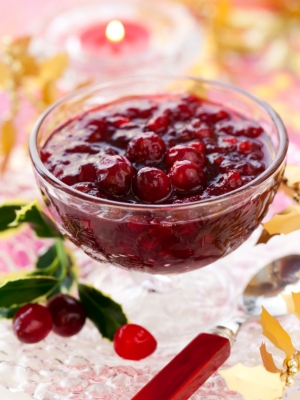 
1. Bring all ingredients to a boil, reduce heat and simmer for 40 min.

Linda over at Paper Potpourri on Etsy has a love for paper! You can see it in every one of her creations in her shop. Handmade gift tags, cards, bookmarks, thank you notes, wedding favor tags, personalized stationery, and altered journals. Vintage style is prevalent in her work but there is plenty of whimsical, fun, holiday and let’s not forget the little touches of “bling” in her designs as well.

Linda specializes in custom orders. She has oodles of Christmas tag’s this Holiday Season so when you get a chance stop by her Etsy Shop, http://www.etsy.com/shop/lucyizzy.

By the way…….did I mention she is also a Southern Californian !

Thanks for taking a peek ~

Posted by Unknown at 7:04 AM No comments:

Here in Southern California on any given weekend you can find some sort of event to go to. Whether it is a festival, craft fair, flea market or art fair, you can always find vendors that will really wow you with their creations.  I attended our Second Saturday Art Fair last month and found not only the most unusual but the most creative item I can say I have ever purchased. What was it? Loo jewelry. Huh? What? If I was to hand you one you may think it is just a cute ceramic bobble for the windowsill or garden. But oh contrare!
You know those toilet bolts you have on each side of your bathroom toilet? Ugly, huh? Why not replace the plastic cap with a cute and unique accent – Made from durable ceramic they fit quite easily over the bolt and so much easier to clean. They come in a great selection of colors and are so unique I purchased some for myself and for stocking stuffers.
Thanks for taking a peek~
Sharon :0)

The Turtle, Fish and Frog are $23 a pair. And come in a variety of colors! 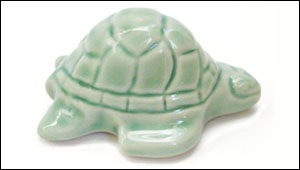 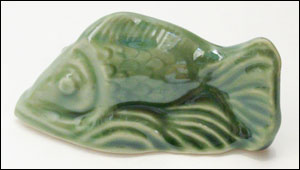 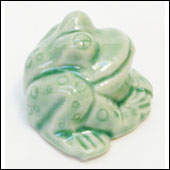 The Lotus, Plumeria and Spiral are $20 a pair and come in a variety of colors!

Christmas is right around the corner so why not get a jump on your Holiday decor? New in my Etsy Shop are Scented Holiday Hanging Stocking Ornaments and Heart Shaped Glass Ornaments filled with Shells! Come get them before they are all gone.
Thanks for taking a peek ~
Sharon :0) 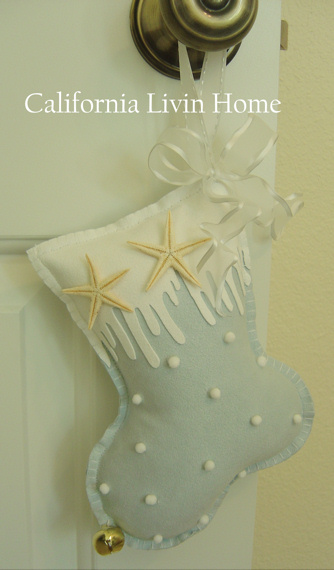 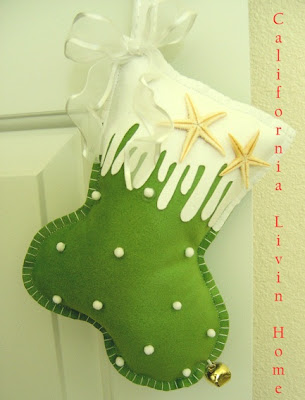 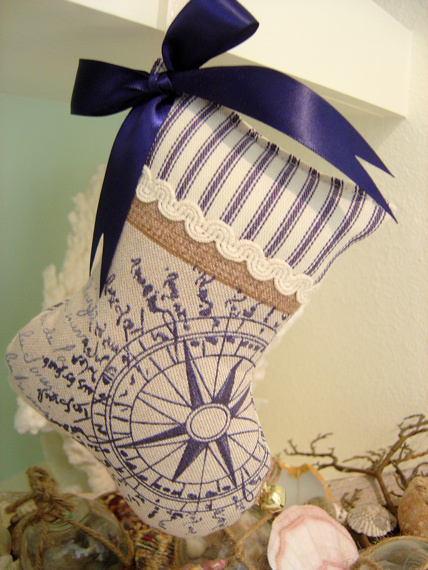 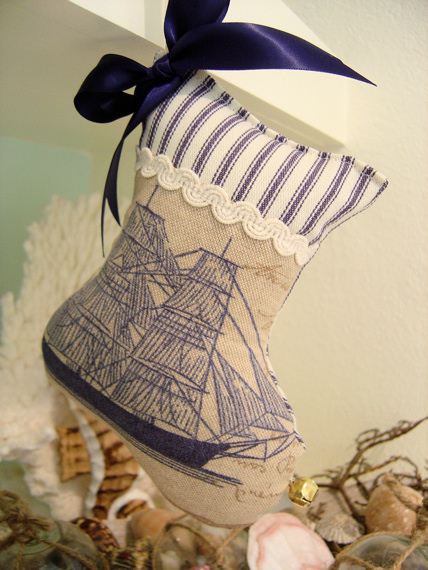 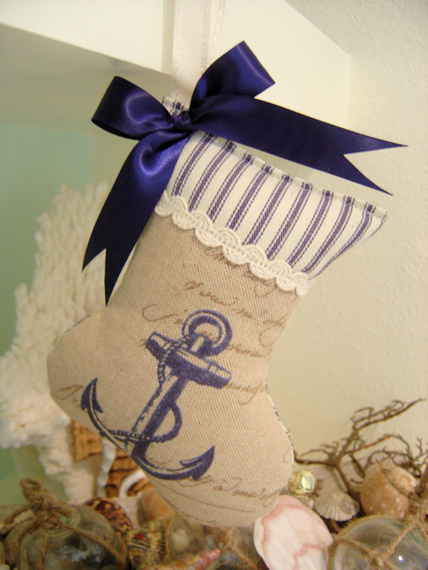 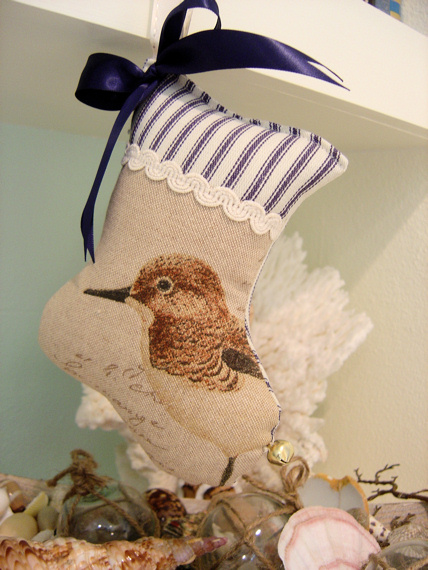 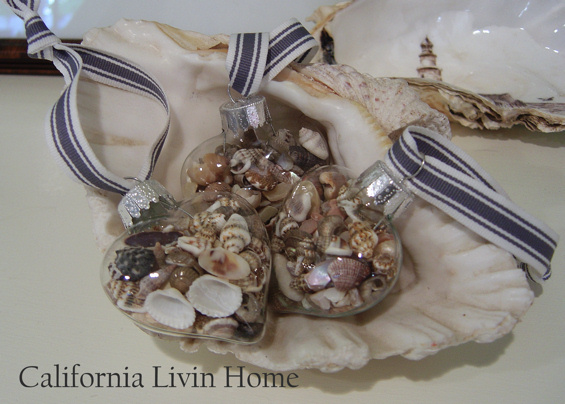