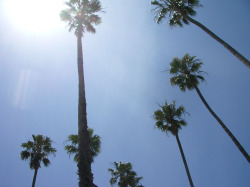 Years ago in college I took a required class called, Color Theory”.  We learned all about the psychology of colors and what they meant and how they were used through history. The pharaohs of ancient Egypt wore blue for protection against evil and in ancient Rome, public servants wore blue. In ancient Greece the preference comes from an old belief of man, that the sky-blue shade had the power to keep Evil away. The radiation of the color composed an invisible shield, which prevented the approach of bad spirits.
Today, Blue is the overwhelming "favorite color." Blue is seen as trustworthy, dependable, and committed.  Blue invokes rest and can cause the body to produce chemicals that are calming. However, not all blues are serene and sedate. Electric or brilliant blues become dynamic and dramatic -- an engaging color that expresses exhilaration. Some shades or the overuse of blue may come across as cold or uncaring
Blue is also the least "gender specific" color, having equal appeal to both men and women. Why is the sky blue? It has one of the shortest wavelengths. Violet is the shortest!

Food for Thought
While blue is one of the most popular colors it is one of the least appetizing. Blue food is rare in nature. Food researchers say that when humans searched for food, they learned to avoid toxic or spoiled objects, which were often blue, black, or purple. When food dyed blue is served to study subjects, they lose appetite.
Just thought you would like to know!

Posted by California Livin Home at 7:33 AM