I bet you did not know that the highest point in California is Mt. Whitney at 14,495 feet above sea level. Let alone that the lowest point is Death Valley at 282 feet below sea level [this is the lowest point in the Western Hemisphere]. California is most noted for Disneyland, the Bay Bridge, Golden Gate Bridge and Yosemite to mention only a few. But did you know that fortune cookies (I hear the jury is still out on this one) were invented in California as well as Blue Jeans and the Barbie Doll? Well they were!
Below are a few more historical and interesting facts you may find fascinating.

Origin of the Name California - The name California comes from a mythical Spanish island ruled by a queen called Califia that was featured in a Spanish romance ("Las Sergas de Esplandian") written by Garcia Ordonez de Montalvo in 1510. The Spanish explorers originally thought that California was an island. 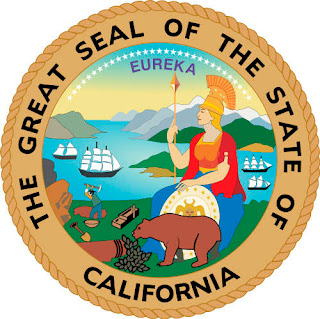 State Motto - Eureka (I have found it) 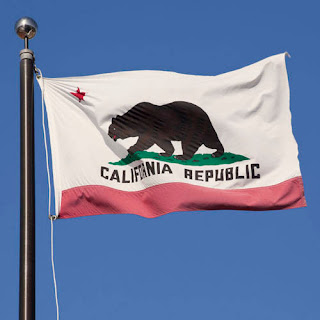 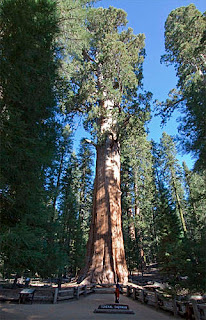 Redwood - Coast redwood (Sequoia sempervirens) and Giant redwood (S. gigantea)
The redwood is the tallest tree, growing up to 370 feet (113 m) tall and living for over a thousand years. One redwood in California is 2,200 years old. The roots of this giant conifer are shallow, but spread sideways up to 250 feet (75 meters) from the trunk. The bark is deeply-furrowed, fibrous, and thick [up to about 1 foot (30.5 cm) thick and lacks resin. There are many species of redwood.

Posted by California Livin Home at 7:47 AM