Did you know that Coral Reefs are known as the “rainforests of the sea” and the largest living structure on the planet? 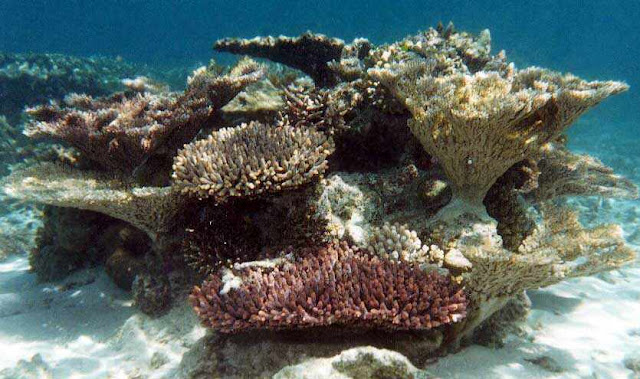 Coral reefs are underwater formations made from calcium
carbonate secreted by corals. The largest coral reef formation is the Great Barrier Reef in Queensland in North-East Australia. It consists of almost 3,000 smaller reefs and covers an area of around 350,000 square kilometers. Coral reefs look different from one another and are found in a fantastic range of shapes and colors. There are three major types of coral reefs that exist, fringing, barrier and atoll. Other variants include patch reef, apron reef, bank reef, ribbon reef, table reef, micro atolls, cays, and seamounts and guyots.


Interesting & Fun Facts about Coral Reefs
Coral reefs are found in large numbers called colonies. Individual polyps are linked by tissues to form colonies. The coral polyps are tiny, soft-bodied invertebrate animals with no backbones. Instead, they have a hard, protective limestone skeleton called a calicle found at the base. Coral polyps have a lifespan ranging from 2 years to hundreds of years, while corals in colonies are known to live from 5 years to several centuries.

Over 25% of all marine fish species like oysters, sea urchins, crabs, shrimps, octopus just to name a few, find their homes in coral reefs.


Another interesting fact about coral reefs is that algae are the natural glue that holds them together to maintain their shape.


Corals get their color from tiny microscopic plants living within them. They capture energy from the sun by photosynthesis, just like plants do. 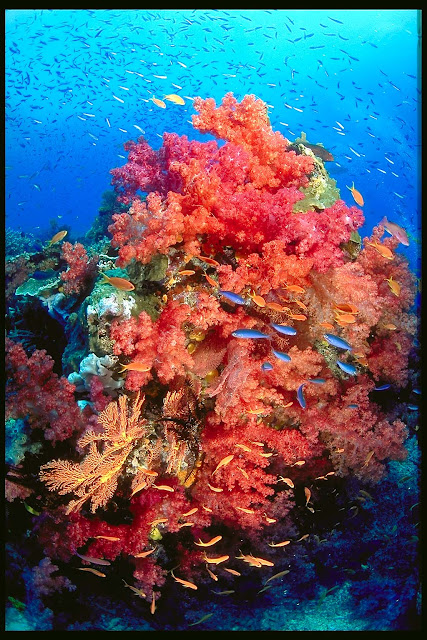 Thanks for taking a peek ~
Sharon :0)

Posted by California Livin Home at 7:45 AM